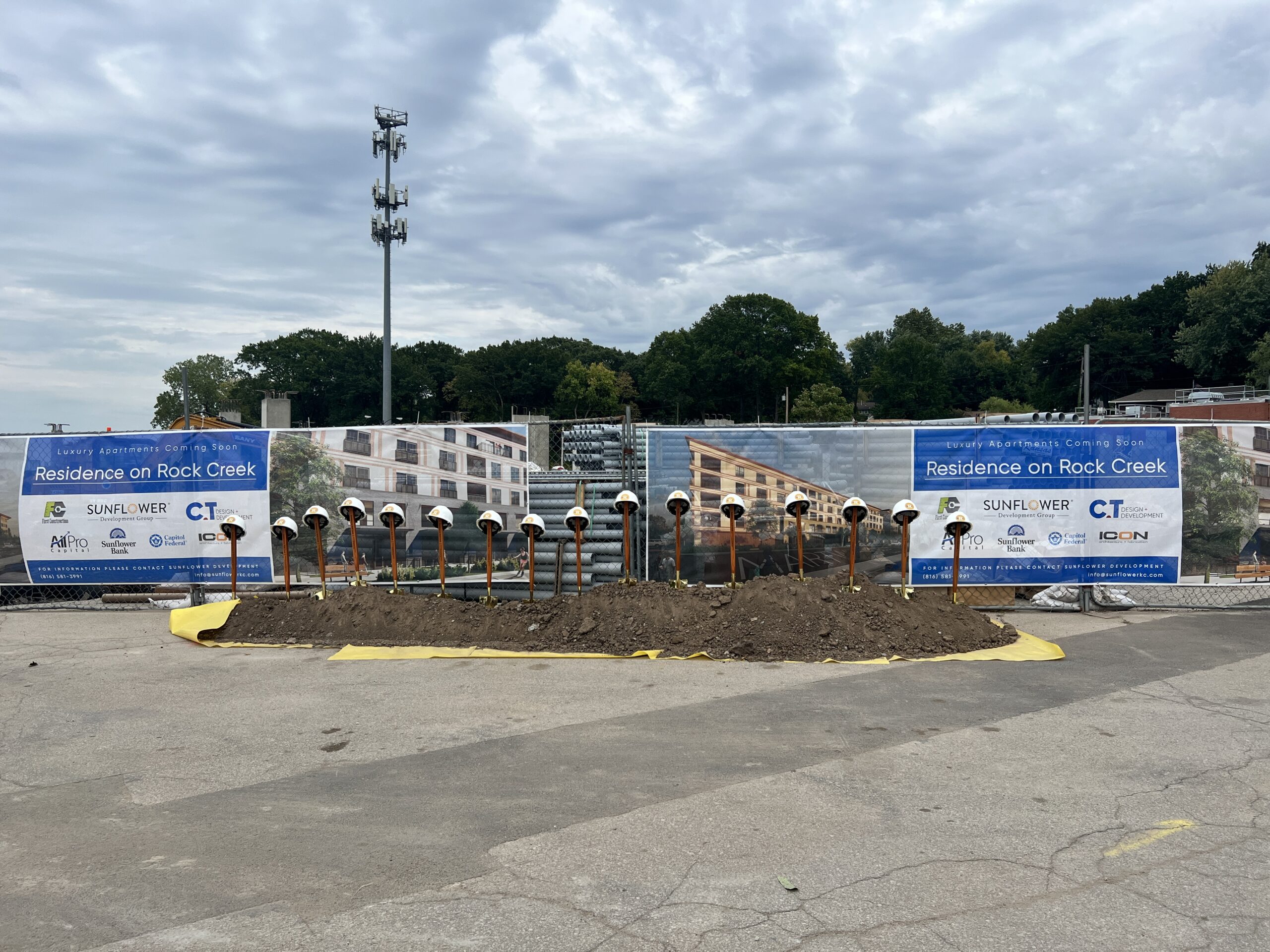 Construction of a new luxury apartment complex is officially underway on the long-vacant site of the former Mission Bowl in downtown Mission. The abandoned bowling alley at 5399 Martway Street — which was gutted by fire in 2015 — was torn down last year, and on Wednesday, developers, city officials and investors gathered for an official groundbreaking ceremony for the apartment project replacing it, now dubbed The Residence on Rock Creek.

Kansas City-based Sunflower Development group is building a five-story apartment complex with 176 units on the site.

For the full article please see our friends at the Shawnee Mission Post.