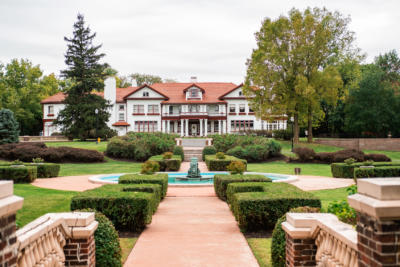 History of Longview: KCQ dreams of ‘world’s most beautiful farm’ outside Kansas City

While the name Longview might elicit a few different images — a mansion, a lake or perhaps a community college — those unfamiliar with the area might be surprised to know that it once encompassed the grandest country estate in the Midwest.

Originally from Shelby County, Kentucky, self-made millionaire and philanthropist Robert Alexander Long moved to Kansas City in 1891. As founder of the Long-Bell Lumber Co., he became the most successful lumberman in the country, and the wealth he amassed led to the construction of several of the city’s enduring landmarks, including Liberty Memorial, the R.A. Long Building at 10th Street and Grand Boulevard, and Corinthian Hall, now the Kansas City Museum. Twenty miles southeast of downtown, Long’s legacy continues in what remains of the once glorious Longview Farm.