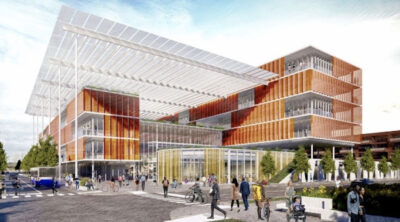 The Keystone Community Corp. is making its first real estate moves on East 18th Street, intending to occupy a new $20 million office project that could begin construction early next year and participate in renovating a nearby former warehouse building.

J.E. Dunn Capital Partners, a partner with Keystone, has submitted a preliminary request with city planners to begin discussions on what was described as a five-story “Keystone Innovation” office building at the northeast corner of 18th and Troost.

Keystone also intends to be part of the redevelopment of the former Goodwill warehouse and office building at 1817 Campbell, according to sources. The property has been on the market since early 2020 after Goodwill moved into new quarters nearby.

To read the entire article go to CityScenekc.com