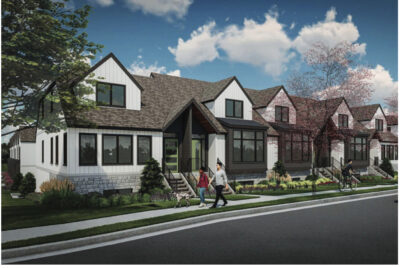 Jason Swords with Sunflower Development Group has proposed to build 26 two-story townhomes over four buildings at 5700 King Street in downtown Shawnee. The site is bordered by the frontages of King, Flint and West 57th streets.

Swords said they believe the townhome concept is more compatible with the requests from neighboring residents, who led a vocal campaign against the apartments previously proposed for the site.

“We realized that we were never going to get anything above a two-story height limit approved,” Swords said. “We feel like we’ve come up with a great design. Even though we’ve taken the project down from a density standpoint, we are not going to build something that’s not quality.”