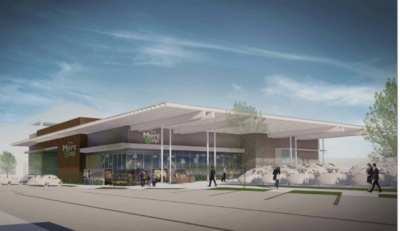 Sunflower is excited to announce that our team has secured $7 million in New Market Tax Credit allocation for our client, the Unified Government of Wyandotte County (the UG). The UG was working with local stakeholders to identify a grocery store operator in downtown Kansas City. The Merc Co+op has signed onto the project and is slated to open in mid-2020.

The Merc Co+op is a community-oriented, co-op grocery store based in Lawrence, KS. The company’s emphasis on fresh foods and healthy living made it a prime choice to operate this new development in the downtown area.

This area of downtown Kansas City was designated a “food desert” by the federal government. This designation was created as part of a campaign by First Lady Michelle Obama and refers to an urban area where the nearest grocery store is more than a mile away. This designation has led the way for several grocery stores to apply the New Market Tax Credit to their projects.

The 14,000 square foot development will include a classroom, salad bar, deli counter and prepared foods counter. It will also include dedicated seating areas and a classroom for educational workshops. The project will create several jobs for the immediate area, and will also service the 5,000 to 6,000 downtown employees.