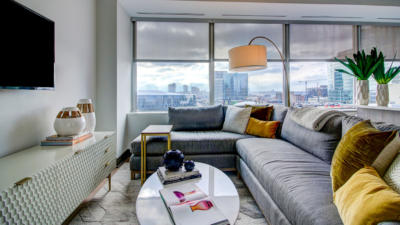 The Grand Featured by MetroWire Media

The Grand, one of our favorite residential projects of the last few years, was the subject of a new feature by MetroWire Media. Formerly known as Traders on Grand, we spent several years redeveloping this building into a modern apartment building that would set a new standard for downtown living in Kansas City.

This 19-story building on Grand features 201 luxury units ranging from studios to one-bedrooms to two-bedrooms. For the building’s design, our goal was to respect its historic character while infusing it with upscale finishes. Amenities include a rooftop pool, elevated dog park and movie theater for residents located in the former bank’s vault room.

The Grand is also home to 18,000 square feet of commercial space on the building’s first two levels. In fact, our team was the first to sign a lease and move in. We’re proud of the work we’ve done around the Kansas City area and are happy to relocate to its very center.

Read the full story at MetroWire.